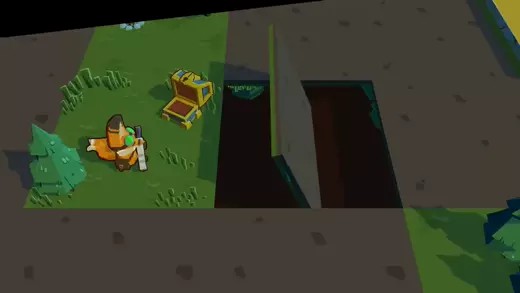 Fuzz Force: Spook Squad is a turn-based tabletop structured roguelite, which gets an alpha demo you can download over at its itch page. A game that’s being developed by Fuzz Force.

You play as a fox named Finn, who’s part of an elite animal team of ghost hunters, that use weapons powered by dice. In this tabletop styled world, you explore the grid-based map to find various types of new dice to make use of, and “deckbuilding synergies” too, as you search for the “PolterPrince” to capture, all the while facing off against other spooky creatures and entities along the way.

One of the nice things about the game is its simplicity and ease of play, in which you engage in simple combat where you attack your enemies, or defend against them, and the effectiveness of your actions is dependent on the roll of a dice.