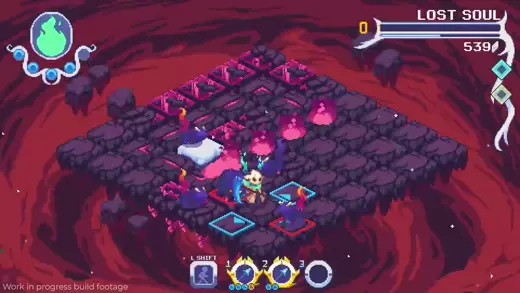 Evertried is a rogue-lite turn-based combat game developed by the Evertried Team, where an alpha demo is available to download over at its Kickstarter page.

Climb through procedurally generated isometric levels and defeat all enemies that stand in your way, all while building the character that best suits your playstyle. Careful positioning and strategic planning will go a long way to help you progress through the levels and ascend the floors of the mysterious tower. Unlock new abilities, purchase new spells and evolve your skills to reach hidden rooms and defeat the bosses that come your way.

If enjoyed the demo and you would like to support this game, then you can do so by donating / backing it via its Kickstarter Funding Campaign, where they’ve already passed through its original goal of $5029.