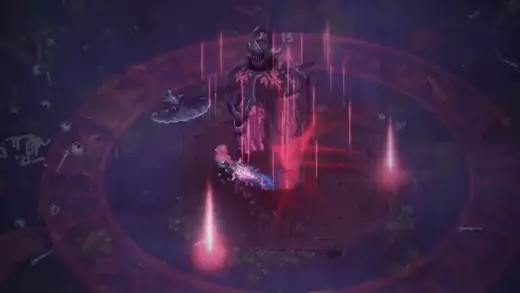 Eldest Souls is a top-down souls-like experience releasing on the Nintendo Switch and PC via Steam. It is being developed by Fallen Flag Studio, and is slated to be released this year. This game currently has a beta demo that you can download over at their Steam page.

The game world is very reminiscent of the Dark Souls universe, and in fact, also takes a lot from the souls-like gameplay with an interesting twist that comes with the top-down perspective and pixel art-style. This dark fantasy game pits you against the Old Gods in an attempt to bring balance back to the world, so expect lots of cool boss fights, each with their own set of unique challenges.

If you fancy the souls-like genre and are looking for a new take on it while also giving a new indie team a chance, try out this game’s demo. And if you enjoyed playing it, and would like to keep up to date with the game’s development, then make sure to check out and follow the developers’ Twitter account.