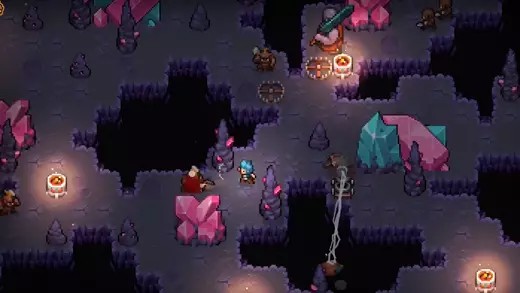 The story begins with a young dwarven tinkerer, Dwerve, who seeks to protect his fellow dwarves from Witch Queen Vandra the Wicked and her army of monsters and trolls. Dwerve ventures into dwarven ruins in search of weapons of the ancient warsmiths that can aid him in his quest. Inspired by RPG’s like Zelda and A Link to the Past, Dwerve includes similar mechanics you will love, like questing, exploring and storytelling, but in addition has innovative turret based combat.

If you feel like you would be interested in the game, Half Human Games also launched a Kickstarter for it and depending on the amount you donate, you can become eligible to receive bonus rewards.