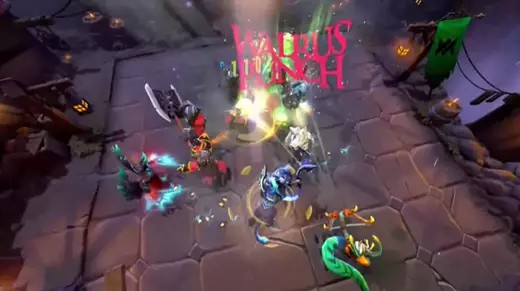 Dota Underlords, Valve’s take on the mod developed in Dota 2, Auto Chess, which is a strategy battler set in the Dota universe. Some people have described this mod, and these new games coming as a result of its popularity, as a MABA, which stands for “Multiplayer Automatic Battle Arena”.

Download the game’s open beta on its Steam page.
For mobile, here’s the Playstore page for Android.