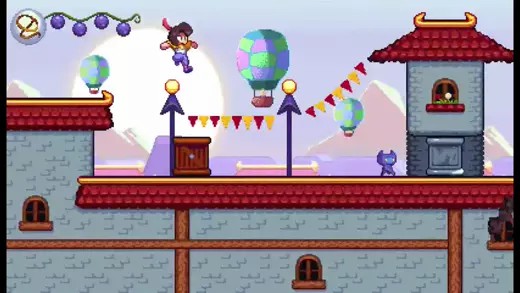 Dormiveglia is a 2D action adventure Metroidvania type of a platformer, that gets an alpha demo you can download over at its itch page, that’s being developed by .

You play as Quin, who’s a youthful hero with a trusty whip, that’s on an adventure to stop a villain named Somnia, that’s trying to control the world by having everyone go into an eternal slumber (Project Tsuki no Me anyone?!).

Dormiveglia dives into how we experience the unconscious. With its vivid, bright visuals and slowly-corrupting narrative, this game blurs the thin line that separates dreams and nightmares.

If you enjoyed playing the demo and would like to play the full version of it in the future, then make sure to help its development out however you can over at its Kickstarter funding campaign page.