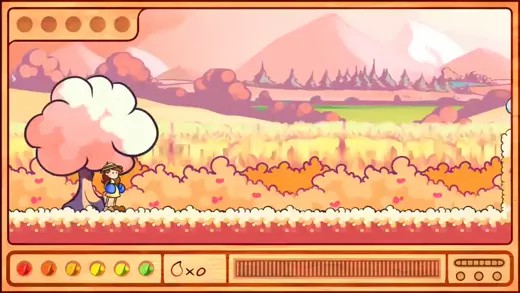 Decline’s Drops is a beautiful hand-drawn 2D action adventure side-scrolling platforming brawler, which gets an alpha demo you can download over at its itch page, that’s being developed by Drazglb..

You play as a cute wooden puppet that just about had it with those trying to destroy her garden, where you’ll fight against a variety of enemies, smacking them down with your powerful gloves.

The game gets described as a mash up of Super Smash Bros meets Yoshi’s Island meets Kirby: The Crystal Shards.

The first public demo of Decline’s Drops is now available. You’ll be able to try the first level of the game as well as a little tutorial level. Will you find the 5 hidden Gold Drops?

If you enjoyed played the demo and would want to keep up to date with the game’s development, then check out and follow it on .