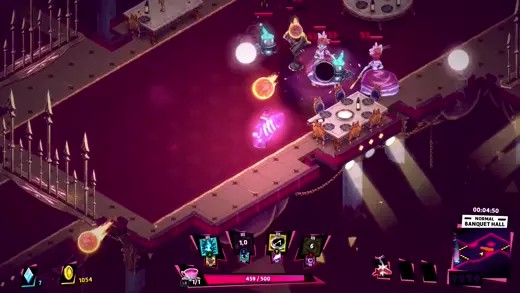 Dandy Ace is a 2D isometric roguelike game by Mad Mimic Games, and its alpha demo is available to download on its Steam store page.

In this game, you play as the young prodigy magician named Dandy Ace who has been imprisoned in a cursed mirror by the jealous Lele, the Green-Eyed Illusionist. Due to Lele’s obsession with making Dandy fail, you can die and try again for a true rogue-like experience but with permanent upgrades! Will you survive and break free from Lele’s grasp, or will you succumb to his power and give up?

Dandy Ace will be coming to PC, Xbox, Playstation and Switch. If you would like to support Mad Mimic Games and donate to them, you can do so on their Kickstarter funding campaign.