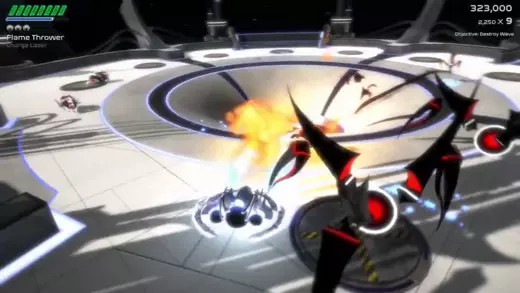 Curved Space has a beta demo that can be downloadable over at its Steam store page, a twin-stick sci-fi shooter developed by Only By Midnight, where it challenges you to defeat large numbers of annoying spider bots that shoot deadly lasers on the surfaces of several planets.

Staying true to its arcade vibe you have to search for weapon power-ups and upgrades, as you dodge your way out of enemy fire.

It has precision aiming controls for an epic shootout in curved planet surfaces and weird terrains accompanied by jammin Synthwave music by Scandroid, 3Force and Fury Weekend to pump you up.