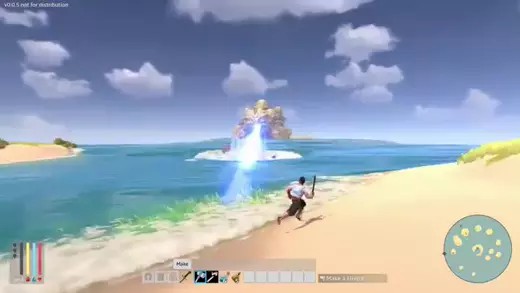 Breakwaters, a third person survival action adventure open world / sandbox game, that’s being developed by Soaring Pixels Games, has launched a Kickstarter funding campaigned, where you can gain access to its future beta builds if you become a financial backer to it at the “Beta supporter” tier for $120, or above. You can also gain access to its future alpha build at a much higher tier called “Alpha supporter” for $3,000.

Breakwaters is an Adventure Survival game where you voyage across the world, defeat Titans, find rare items, and meet unique people.  Use refined crystals to manipulate the ocean and delve deeper into its depths.  Become a Breakwater (a protector of the people) and return calm to the world’s oceans.

Breakwaters has a funding goal of $50,000, with a planned release first as an early access title sometime in spring of 2021, and a full release within fall of the same year, with a targeted release on the PC, Xbox and Playstation. (Though the alpha and beta builds, as well as the early access release, will be on PC only.)