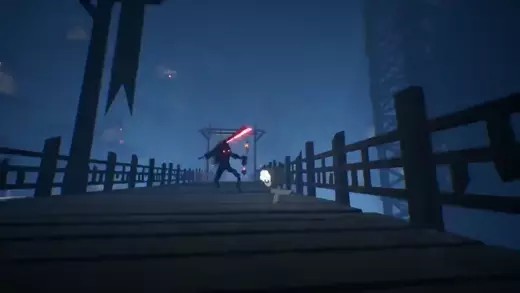 Blue Fire is a third person action adventure platformer, which gets a beta demo that you can download over at its Steam page. It’s being developed by ROBI Studios using the Unreal Engine 4 (UE4).

You take control of this small yet cool looking warrior, where you’d be on a journey to dicover the hidden secrets of the kingdom of Penumbra, and along the way you’ll have to face deadily foes and various obstacles and puzzles, trying not to dies from enemy attacks or from falling intro traps. The game is definitely not a walk in the park.

There’s definitely a focus on having mastery over its movement system, since you’ll need to as you platforming and wall-jumping to reach where you need to be, or get high enough to slash flying enemies and dodging their attacks, as well as avoiding traps, all the while trying to figure out how to solve some of its puzzles.