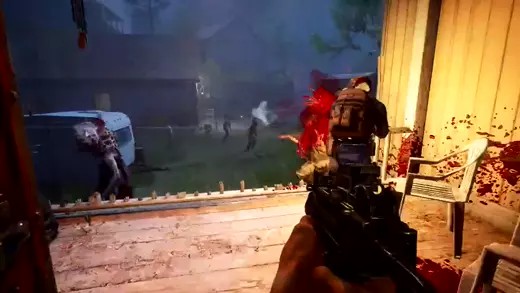 Blood 4 Blood is a first person co-op shooter, that has alpha sign-ups live over at their website. It’s being developed by Turtle Rock Studios.

The game will offer a handful selection of unique characters to choose from, with their own personality and weapons, where you and up to three other players will need to go through levels and survive an onslaught of a variety of infected creatures.

Back 4 Blood is a thrilling cooperative first-person shooter from the creators of the critically acclaimed Left 4 Dead franchise. You are at the center of a war against the Ridden. These once-human hosts of a deadly parasite have turned into terrifying creatures bent on devouring what remains of civilization. With humanity’s extinction on the line, it’s up to you and your friends to take the fight to the enemy, eradicate the Ridden, and reclaim the world.