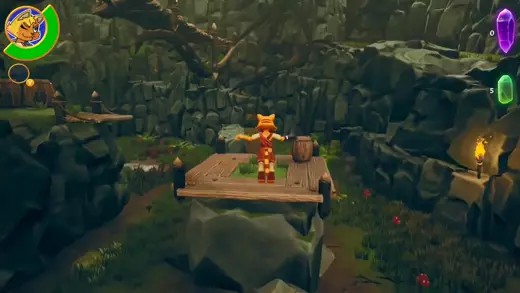 Azzy, a 3D platformer game developed by Celtic Dragon Studio using the Unreal Engine 4 (EU4), has a demo to download on its Itch page.

You play as Azzy, a cat who lost his father just as an evil power was getting stronger. In order to find his father and destroy the darkness, Azzy sets off on a mission with the help of his bionic arm and the power of the elements.

This game requires you to use the synergistic properties of the elements to assist in combat, platforming and puzzle solving. In addition, you can collect dark crystals to trade in for upgrades to the bionic arm, which unlocks new abilities and opens areas you could not have been able to access before.