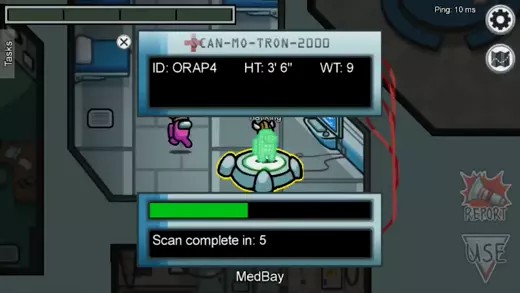 Among Us, a free game you can download Android or iOS, is a top-down 2D online and local multiplayer party game in which there’s tasks that each player has to complete, working as a team to survive from betrayal, as two of the total players are impostors and their objective is to kill every other crew member. It’s developed by Innersloth.

In this four to twelve match, you’ll most likely find a dead body, and you’d have to call of a meeting to discuss with everyone on every detail about everyone’s positions, their tasks, and try and deduce which one is the killer/impostor. To win the game, you must eject the impostors, and for the impostors, they’d win by killing everyone.

If you’d like to play the game on PC, it’s unfortunately a paid title there, which you can buy at a rounded-up price of $ over at Steam.

It’s also worth mentioning that its cross-platform enabled, meaning players on mobile and play with those on the PC platform.