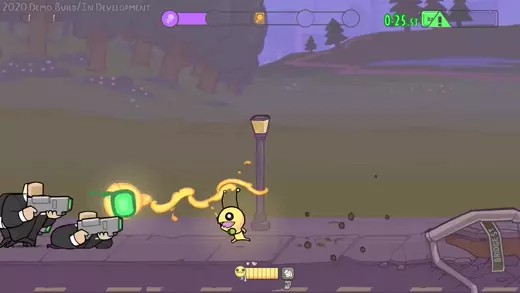 Alien Hominid Invasion is a side-scrolling action-packed 2D shooter, that gets an alpha demo that you can download over at its Steam store page. It’s being developed by The Behemoth.

You play as an alien invader in this run ‘n’ gun game, where you, and possible alongside your pals in 4-play coop mode, will focus on causing as much chaos and mayhem as possible with explosions and lasers, as you face hundreds of agents.