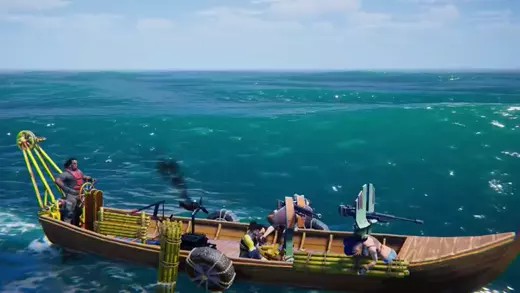 Age of Water is a third person survival MMO, that has alpha sign-ups live over at their website. It’s being developed by The Three Whales Studio with Gaijin Entertainment.

Age of Water tells the story of a distant future when the Earth has been transformed into an ocean world. Residents live in cities built upon whatever urban structures remain above the water’s surface including skyscraper rooftops and giant statues. Take control of a motorboat and travel between settlements, fighting pirates, excavating the remnants of a lost civilization from the depths of the ocean and transport valuable goods whilst discovering whether the mythical land still exists.