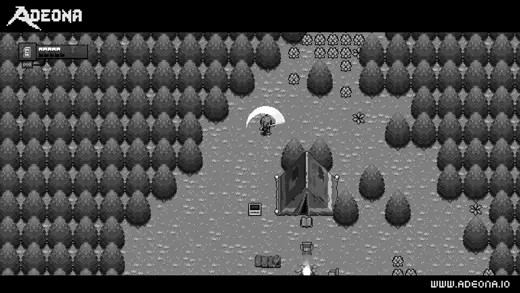 Adeona is a top- down 2D side-scrolling role-playing adventure game, which is being developed by Box Attack Studios. There’s a beta demo that you can download over at its itch page.

The game pays homage to the 16-bit era, adding a splash to nostalgia to great gameplay. In it, you play as a young orphan named Amber, who was unfortunately caught between five warring tribes, trying to rescue her brother “from the Gods”.

​Playing as Amber, who’s armed with a sword to be used to slash your enemies, as well as arrows and bombs to through at it, as you venture through dungeons to face hordes of minions and challenging bosses, as well as solving puzzles as they come.

Now humanity has returned to rebuild civilization with the help of their cruel and sometimes malicious gods. The wilds of Arkadia are divided between five tribes: The Noctua, Ferox, Leifield, Nil Garden, and Marmis. Each group has its own quirks, beliefs, and reasons for division but all tribes fear and worship the same technology possessing Gods.

Box Attack Studios is also planning to release a “full demo”, and with it they plan on launching a public funding campaign on Kickstarter for the game. Their goal is $10k for the to develop the full game, to then fully release the game on Steam, Itch, and GOG.