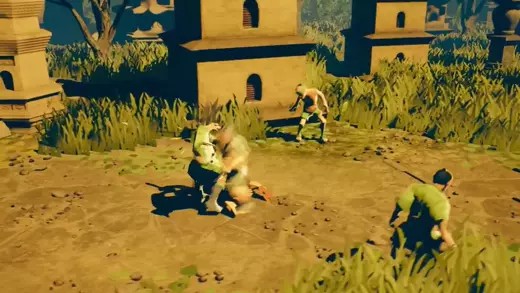 9 Monkeys of Shaolin is a story-driven beat ’em up action game that gets an alpha demo you can download over at its Steam store page, developed by Sobaka Studio.

Inspired from SNES and SEGA comes an epic beat ’em up game from the creator of REDEEMER.

Play as a Chinese fisherman, Wei Cheng, with a mission to avenge his family and friends that were slaughtered in a pirate raid on the village.

Our protagonist knows basic ancient martial arts mastered by the legendary Shaolin monks, where he embarks on his quest with his staff ready to destroy his foes.

Set in Medieval China with a captivating story and a stunning visual style that has a combination of historical and mystical environment.

You have three unique fighting styles, more than 25 levels set in different areas, more than 10 epic traits that you can upgrade with every punch and you can even play co-op to help you fight the waves of enemies.